Under A Glass Moon sample:

Notes:
This was the second out of the three times I was to see DT and Maiden that week. Temperatures were unbearable the whole week, mid 40s, and especially that very day, hence the name I chose for this boot.

A technical problem with the PA system occured during "As I Am". Mike entertained the crowd with some soloing and later by playing a few bars off of "Run To The Hills" while the crowd sang along, which made the show even more memorable. Good energy from both the band and the crowd.


This recording was made for fans by fans. Trade freely, don't buy or sell, or convert to lossy formats, unless for personal use.
It also goes out to Mike for all that he's given and given up to and for the fans.

Support the band by seeing them perform live, and by purchasing their official releases.

awesome show for Halloween with Great White! Was in a parking lot in local bar area....Parking
$5, the Thursday before they gave away tickets for donating non perishible foos for St. Mary's
Food Bank :) Local tribute band The Ryche played KDKB on Friday the 29th and did Siilent Lucidity
with Pamela Moore!
Posted by zarsel7 at 3:30 AM No comments:

Notes:
This was the band's fan club performance. It marked the first time in 14 years that "En Force" was performed live. "No Sanctuary" hadn't been performed live in nine years.
Posted by zarsel7 at 2:55 PM No comments:

Just an amazing show from Dweezil and the Zappa gang! Easily one of the best bootlegs of the tour!

Tapers Notes: I'm not a Frank scholar, so let me know if I didn't track this correctly. I was mainly working from a picture
of the setlist. I didn't get to tape from my usual spot, but it didn't matter since this turned out great. Enjoy!
Posted by zarsel7 at 4:48 PM No comments:

zarsel7
Hi it's me zarsel7. Most of you know me from the bootlegging sites and I just thought with all the bootlegs I have I'd make a special place for them.Well,here it is! I'll be posting my Lossless audio collection and streaming music from my favorite bands.These Recordings Of Independent Origin(ROIO)were made by the fans for the fans to share without the intent to sell for profit.I in no way accept payment monitarily or otherwise for sharing this music.I just have a passion for music and I'ts Fun!

Studio albums are great but..

There's nothing like the raw power of a live concert. There are many bands that have built a reputation for incredible shows with stunning sound.Being a longtime prog fan, the bands that come to mind are way too many to list.I hope this blog will showcase for you some of the talent that I enjoy listening to.The music and sounds captured here are something that cannot be re-created in a studio.If studio quality is what your looking for go buy an album or two or if you want to know what bands really sound like out on the road feel free to grab a show.These are the original Lossless files, not mp3s.If you need to convert to mp3 for personal use I would suggest a free program called Traders Little Helper.

My Blogs and Forums 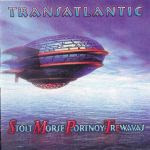 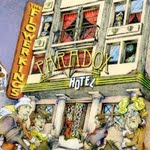 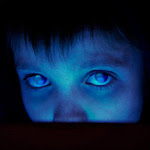 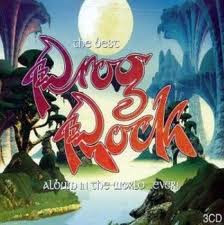